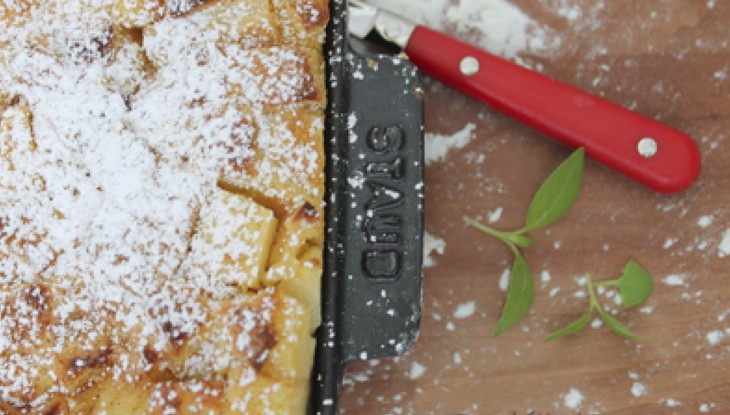 TIP: "Williams" schnapps can be used as an alternative.

TIP: "The rose test" means that the crème is heated, after the milk has been added, until when blowing on the back of a wooden spoon a rose forms from the crème adhering to it.

TIP: The apple puree can be further refined with raisins or almond slivers.

Powdered sugar and mint for garnish